In another media training “what not to do” example, this week Labor MP Emma Husar, got caught out by a cameraman after contradicting herself during a media interview about news polls.

When you watch the interview you wonder, what was the point of her media address?  What was she planning to achieve?  This is a big reminder about planning your messages no matter how simple they might seem.  What should have been a concise statement became a tangled mess of contradictions.

Ms Husar strangely engages in a conversation with the cameraman. After asking what he was laughing at, the new Labour MP clearly wasn’t ready for his reply and abruptly ends the door stop press call.

Here’s is the link to the interview.  Let me know what you think.

The interview is looming, you’ve rehearsed your key messages, as well as the call to action, (this could be directing your audience to your website for more information) and you’re feeling confident in your preparation techniques. So how do you handle the rough and tough questions, which can turn a well-prepared interview into a controversial headline? Here are the top three curly questions: speculative, false premise and accusatory questions.

Speculative questions:
Many journalists will try to trap you by pushing you to speculate about the unknown.  Many of these questions might seem innocuous; they’re questions asking you to predict the future and comment on the likelihood of a scenario; guessing the outcome. By answering speculative questions, a lot of damage can be done to your reputation, particularly if you guess wrong. Journalists can use sound bites from your response and use it against you in future interviews.

False premise questions:
Journalists may include a false premise in their questions with the aim of sensationalising your response. This line of questioning is common with political commentators for example, the question starts with a logical statement with an assumption that is false.

Accusatory questions:
This style of questioning is common when a journalist is chasing a story and looking for a defensive response. An example is a journalist approaching you unexpectedly either exiting a building or getting out of a vehicle. Being approached by a journalist with a microphone and camera pointing at you can be confronting.  Often the ensuing response is unprepared and defensive.  The best way to handle the situation is to keep calm; both in your tone and through your body language.

I’ve included a link to a CNN segment with the late Joan Rivers who was caught up in a interview full of accusatory questions. Watch as the interview derails as Ms Rivers becomes increasingly agitated and frustrated. 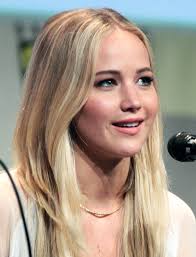 Some jokes just aren’t funny.  She maybe brilliant at delivering a scripted line but J.Law has revealed that when left to ad lib on the PR circuit her attempts at humour have ended in media training!  For many actors, sports stars and artists it can be a challenge balancing authenticity and personal brand with an organisational message.  Jennifer Lawrance has always been unpredictable and sassy and as she admits perhaps just a tad too honest!  Read the latest on J.Law and let us know what you think.